Things to see and do in Galicia: eight places worth a detour from the Camino de Invierno (Winter Way) 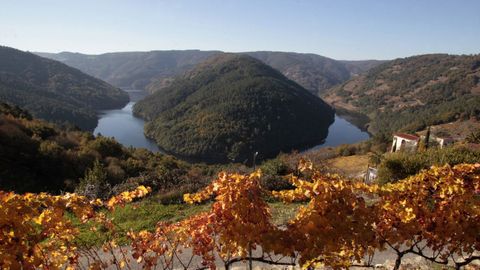 The route crosses all four provinces of Galicia, passes along the rivers Sil and Miño and traverses areas where two of the region?s wine designations of origin are produced. Discover its rich heritage!

Snowy pallozas in O Cebreiro. A picture postcard image for sure, but also an obstacle for pilgrims who want to reach Santiago during the coldest months of the year. But, as the saying goes, “every cloud has a silver lining”. When the French Way is simply not an option due to the cold, there is an alternative: the Winter Way. This route deviates from the traditional route in Ponferrada to steer clear of the mountains of Lugo.

This Xacobean route reaches Galicia through the natural entrance from the plateau, in Valdeorras, and then crosses the region’s four provinces. A unique feature, as it is the only route that allows you to take in the landscapes of Ourense, Lugo, Pontevedra and A Coruña through eight stages. To really make the most of this opportunity, we recommend venturing off the beaten track every now and then to get to know those hidden gems that are not marked by yellow arrows. Here are our eight places that are certainly worth a detour while doing the Winter Way. 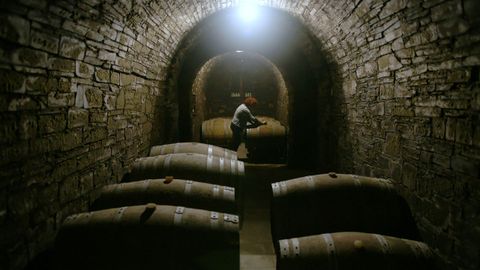 The Winter Way enters Galicia through the region of Valdeorras. Does that name ring a bell? It happens to be one of the five wine designations of origin that exist within Galicia. That's why this route is the perfect excuse to get your rucksack off and treat yourself to a glass or two... You've earned it!

Valdeorras wine producers offer all sorts of wine tourism activities. Tastings with and without food and wine pairing, visits to the wineries, tours of the vineyards and even the option to try your hand at wine-growing alongside the experts. There are options for all tastes. If you just want to rest and take it easy after completing the stage, a great plan would be to enter one of the covas where the wine is aged.

Covas are traditional wine cellars in Valdeorras. The wine produced by this appellation is aged in caves dug out of mud, which regulate the temperature through chimneys that protrude from the earth. They are certainly worth a visit both inside and out. 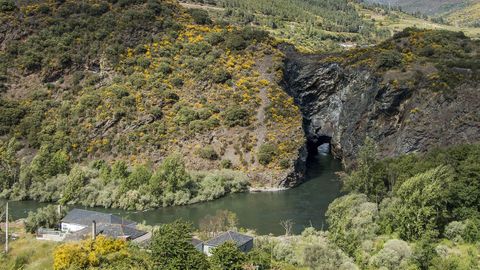 Another key feature of the Winter Way is its route, which tracks along the roads built by the Romans almost two millennia ago to connect the cities of the Roman Empire and to be able to move the raw materials that were extracted in each territory. In the case of the Galician hinterland, it was gold. And vestiges of these mining operations can still be found in Ribeira Sacra.

One such example is the Montefurado tunnel, which runs under the Pena do Corvo hillside, in the town of Quiroga, within the larger province of Lugo. It is essentially a hole in the mountain through which the waters of the Sil River flow. Bored out in the 2nd century with a total length of 120 metres, only 52 metres remain today due to a major flood that brought down half of the structure. 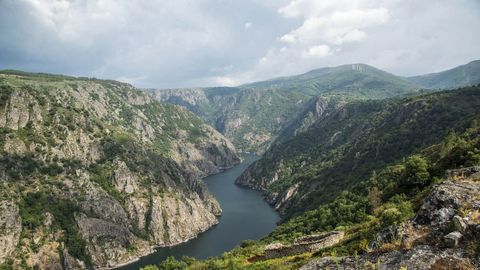 A good part of the Winter Way runs along the banks of the Sil and, although it eventually leaves the river behind as the route heads towards Monforte, we recommend following the river a little further. Why exactly? An old Galician saying holds the clue: O Miño leva a fama e o Sil dálle a auga, meaning that while the Sil delivers most of the water to the Miño as they join, the Miño is the famous one (perhaps because it’s the longest). The powerful flow of the Sil snakes across the Ribeira Sacra to form a unique landscape.

The Sil canyon is a rocky gorge excavated by the relentless flow of the water, reaching depths of up to 500 metres. The steep hillsides are dotted with terraces that have been used as vineyards since before the arrival of the Romans. Ribeira Sacra is also the birthplace of another of Galicia’s designations of origin.

Aside from bringing you closer to the world of wine, if you’ve already been doing some wine tourism in Valdeorras, a visit to the canyon is definitely worth your while to take in some truly breath-taking vistas. There is a seemingly endless number of viewpoints of all shapes and sizes to be found there. Some examples are Los Balcones de Madrid, in Parada de Sil (Ourense), or O Boqueiriño, in Sober, from where you can make out the monastery of Santa Cristina de Ribas de Sil. Another great option is to admire this natural wonder from water level by taking one of the many catamarans that travel along the river. 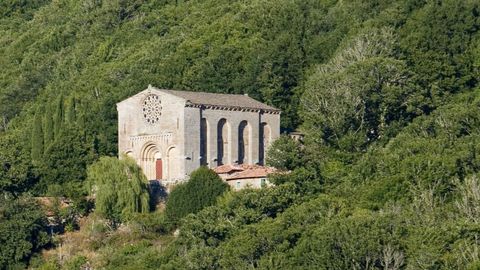 Historical heritage is another strength of Ribeira Sacra. Doing the Winter Way allows you to take in Romanesque churches, chapels and monasteries hidden among chestnut and oak trees. After leaving the Sil behind, the route traverses Monforte and crosses the Miño to reach Chantada. If instead of passing over the river you follow its course northwards, you will be able to admire the church of Santo Estevo de Ribas de Miño.

This jewel of Galician heritage is located on a hillside, as if magically held up by the trees, thanks to a system similar to that used by Master Mateo when constructing his Pórtico de la Gloria. The building bears many similarities with other temples closely related to the Camino, including the cathedral of Santiago de Compostela and the church of Portomarín. 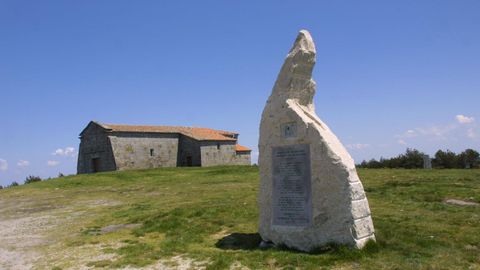 The Ribeira Sacra is the green lung of Galicia and from there the route continues towards the heart of the community. The Winter Way enters the province of Pontevedra to reach the Deza region. But before we get there, we need to cross the border. Monte Faro is a natural barrier between the municipalities of Rodeiro (Pontevedra) and Chantada (Lugo).

Although it is on the route (no need to make a detour!), it is a great place to take a break and look around. From its summit, crowned by a chapel, you can see all four provinces of Galicia. In fact, a study carried out a few years ago by scientists from the Spanish National Research Council concluded that it is the viewpoint from which the largest swathes of Galicia can be seen. Would you like to see Galicia on a whole new scale?

The culture of cocido in Lalín 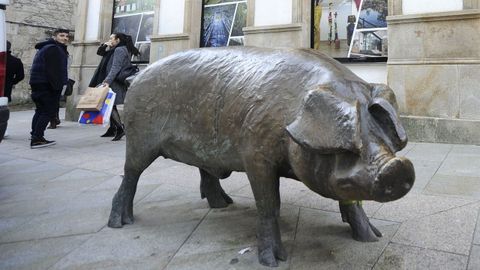 The next stop on our list needs no detour either, as the Winter Way passes through Lalín. But you will certainly need some quality time to stroll through its streets and stop in its restaurants if you want to try the best cocido (stew) to be found in Galicia.

Lalín cocido is one of the most famous delicacies of Galician gastronomy and a culture in itself within the municipality. So much so that they even have a statue in honour of the pig known as Porco de Lalín. Going out in search of cocido is an excuse to get to know the town and go for a stroll before the feast begins. And until 22 May, a whole host of activities will be held to mark Mes do Cocido (Cocido Month), which this year has been extended due to the pandemic. If you’re planning to do the Winter Way this spring, be sure to check out the festival programme to make the most of your trip! 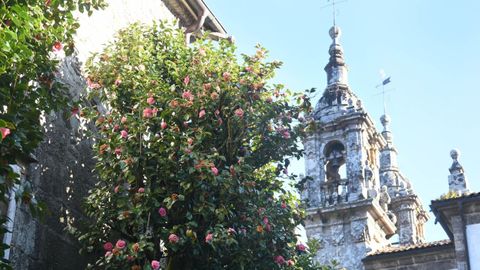 With a belly full of cocido, the next stage of the route is a great opportunity to get in some walking and enjoy the fresh air. Pazo de Oca country house, in A Estrada, boasts one of the most beautiful gardens in Galicia, which is also at its best until around Easter time. More than 500 varieties of camellia give both shape and colour to an estate that takes visitors back to the golden age of palaces.

Trees dating back to the 19th century, hedges up to 300 metres long, mazes of plants, fountains, a duck pond, and much more besides. All in and around a baroque pazo (country house) that perfectly represents the style of Galician palaces of the era. 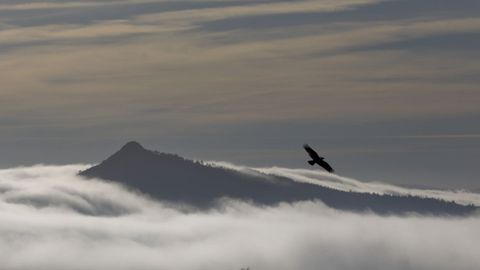 Before you reach Santiago de Compostela, there is a wonderful location from where you can glimpse, for the first time on the route, the cathedral of Santiago, while also taking in the Ulla valley. To get there you will need to climb a mountain, though it’s definitely worth the effort. The solitary Pico Sacro peak, located in Boqueixón, is a key stopping point for pilgrims on the Winter Way or the Silver Way (Vía de la Plata) because of its mysterious pyramid shape.

Like all those Galician locations that remain shrouded in mystery, Pico Sacro comes with its own legends. One such legend would have it that a dragon lives there, inside a cave. Do you dare to find out?